Around The World Flight 10, Palma to Cagliari Elmas

Head east across the islands of Mallorca and Minorca before reaching the picturesque island of Sardinia. 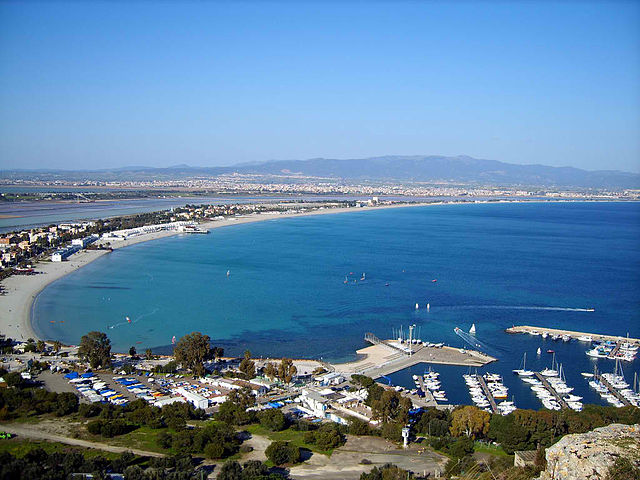 Cagliari Elmas Airport (IATA: CAG, ICAO: LIEE) opened on the 3rd of May 1937 is an international airport located in the territory of Elmas, near Cagliari. The airport was upgraded in 2003 and the terminal was expanded and provided with 6 loading bridges for passenger boarding, with a capacity of 4 million passengers per year. In 2014, the airport handled 3,639,627 passengers.

Next flight: Cagliari Elmas to Naples >>>